Modern Plumbing and its History Plumbing technology has advanced very little since men emerged from their caves and began walking upright. It’s not because the greatest engineers and artists have resented the urge to mess with this essential bio-engineering stuff, but because it is impossible to improve upon Nature’s simply perfect designs.

The immutable laws of gravity and hydrodynamics have controlled plumbing technology from the beginning, and Nature’s own biochemical processes have controlled waste management as long as humankind has populated the Earth. Pictorial and written references to proper removal of digestive by-products go back at least six-thousand years, and we find scriptural authority for basic plumbing in The Book of Deuteronomy, where the prophet instructs, “Thou shalt turn back and cover that which comets from thee. ” Even your high-powered, air-assisted, low-flow, maximum efficiency toilet with the tapered and super-glazed drain pipe still propels organic material into the sewer system according to the simple fact that water runs downhill, and more water with a little push behind it will run downhill faster. Because engineers revere “the principle of elegance,” which dictates “simplest is best,” no one feels especially suited to improve upon Nature. The same basic rules apply to water delivery systems, which, for the most part, still run a lot like the old Roman aqueducts that delivered water to most of Europe back in the day. After all, as the prophet also wrote, “If it is not broken, do not fix it.” Modern advances in plumbing have improved its design and efficiency, focusing specifically on water conservation and graywater recycling, but they have changed the essentials not one little bit.

Plumbing has always been “a family business.”

Plumbing remained outdoors and mostly water-free until the end of the nineteenth century when increasingly urban societies required waste removal systems that would carry effluent away from people in high-density housing. British Victorians were the first to institute standards for plumbing and sanitation, and the majority of international plumbing codes are still derived from the old English model. Somewhat ironically, plumbing has always been the most respected of the building trades, because it requires more-than-usual proficiency with mathematics and engineering as well as demanding manual dexterity and common sense; but especially sophisticated plumbing skills frequently have run in families.

Of course, you covet Wedgwood porcelain dinnerware; the Florentine patterns are especially attractive. But the distinguished Wedgwood family who endowed eighteen century British poets and artists built the foundation of their business in plumbing. They used their design and ceramic skills, first, to improve the shape and function of toilet bowls. Same with the Doultons which works once adorned the finest Dutch homes and which “Royal” masterpieces may now adorn your holiday table. In the United States, the Kohler family-John Michael Kohler and his sons-scored one of the largest advances in plumbing history: they had run a very successful foundry, making farm implements of all sorts, and producing especially popular tubs and troughs. At a loyal customer’s suggestion, the Kohlers put a porcelain glaze on one of their finest tubs, giving birth to the line of bath products which still sets the benchmark worldwide.

Of course, sinks, tubs, and bidets gain value by the quality of the clay and glaze with which they are produced. Kohler porcelain not only maintains its reputation for superior glazes but also gains extra strength from addition of beryllium to the highest quality clay in its fabrication. Exceptional command of ceramic technology now extends to faucets, too. Until just a few years ago, faucets remained nearly as primitive as toilets, using very simple metal and rubber values and gaskets to regulate and close-off water’s flow. The best faucets were all-brass inside, so they resisted rust and corrosion. In order to bring down prices and increase durability, a few manufacturers developed brass-and-stainless steel alloys, extending valves’ life expectancy to the point they could offer “limited lifetime warranties,” which mostly meant they could replace the working parts at relatively low cost when a faucet extremely failed.

Advances in ceramic composites, however, have revolutionized faucet designs: Ceramic discs have replaced old-fashioned valves, so that disc-controlled faucets can control water temperatures to fractions of degrees and can promise literally a lifetime of drip-free operation. Still honoring “the principle of elegance,” America’s high-end plumbing manufacturers have incorporated ceramic disc technology into the most popular faucet styles of all time, creating genuinely “classic” pieces that probably will hold-up longer than anything else in your house. They still work by Nature’s basic design – a combination of gravity and air-flow, but they work exceptionally well.

PrevPreviousWhat Do I Need to Do to Stop My Pipes Freezing in Winter?
NextThings to Do Before Moving Into Your New HouseNext 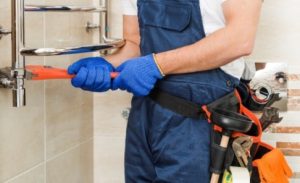 Residential Plumbing – What Can Go Wrong & How Can You Fix It?

Over 99% of the population has cold and hot piped water, a bathtub, a toilet, and a shower brought into their residence through residential water 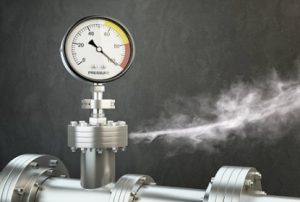 What Should You Do When A Gas Leak Occurs?

Gas lines are an integral part of any household. They provide continuous gas supply to the home in all seasons. However, it becomes a life-threatening 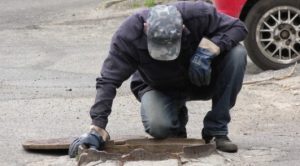 Life is precious to everyone. To lead a healthy life, one has to live in a healthy environment. Sewer inspection plays a vital role in